The Children who Fought Hitler 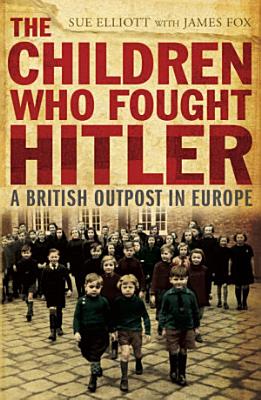 GET BOOK
The Children who Fought Hitler Book Description:

Few people know that Ypres, centre of First World War remembrance, was once home to a thriving British community that played a heroic role in the Second World War. This expatriate outpost grew around the British ex-servicemen who cared for the war memorials and cemeteries of 'Flanders Fields'. Many married local women and their children grew up multi-lingual, but attended their own school and were intensely proud to be British. When Germany invaded in 1940 the community was threatened: some children managed to escape, others were not so lucky. But, armed with their linguistic skills and local knowledge, pupils of the British Memorial School were uniquely prepared to fight Hitler in occupied territory and from Britain. Still in their teens, some risked capture, torture and death in intelligence and resistance operations in the field. An exceptional patriotism spurred them on to feats of bravery in this new conflict. Whilst their peers at home were being evacuated to the English countryside, these children were directly exposed to danger in one of the major theatres of war. James Fox was a pupil at the British Memorial School in 1940 and he has made it his mission to trace his former school friends. The Children Who Fought Hitler is their story: a war story about people from an unusual community, told from a fresh and human perspective.