Symbols of Power in Art 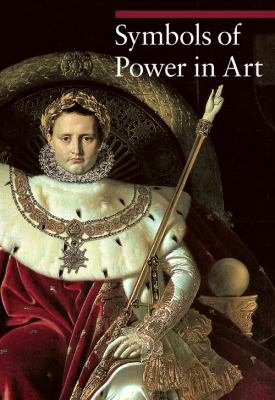 GET BOOK
Symbols of Power in Art Book Description:

This volume examines the ways that sovereign rulers have employed well-defined symbols, attributes, and stereotypes to convey their power to their subjects and rivals, as well as to leave a legacy for subsequent generations to admire. Legendary rulers from antiquity such as Alexander the Great, Julius Caesar, and Constantine have been looked to as models for their display of imperial power by the rulers of later eras. From medieval sovereigns such as Charlemagne and France's Louis IX to the tsars of Russia and the great European royal dynasties of the Hapsburgs, the Bourbons, and the Tudors, the rulers of each period have appropriated and often embellished the emblems of power employed by their predecessors. Even the second-tier lords who ruled parts of France and Italy during the Renaissance, such as the dukes of Burgundy, the Gonzaga of Mantua, and the Medici of Florence became adept at manipulating this imagery. The final chapter is reserved for Napoleon I, perhaps the ultimate master of symbolic display, who assumed the attributes of Roman emperors to project an image of eternal and immutable authority. The author examines not only regal paraphernalia such as crowns, scepters, thrones, and orbs, but also the painted portraits, sculptures, tapestries, carved ivories, jewelry, coins, armor, and, eventually, photographs created to display their owner's sovereign power, a vast collection of works that now forms a significant portion of the cultural heritage of Western civilization.