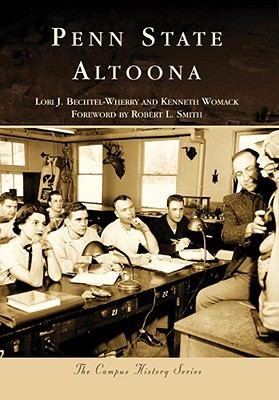 Founded in 1939, Penn State Altoona began its life as the Altoona Undergraduate Center, owing its genesis to an inspired group of local citizens who built, financed, and nurtured the college through the economic woes of the Great Depression, an enrollment collapse engendered by World War II, and the rise and fall of the region's railroad fortunes. After relocating to the site of an abandoned amusement park in the late 1940s, Penn State Altoona enjoyed a rapid postwar growth spurt that culminated in 1997 with its newly minted charter as a four-year college in the Penn State University system. Using lively period photographs from the school's archives, Penn State Altoona chronicles the school's transformation into a flourishing teaching and research institution of national acclaim.

Colleges in the Middle Atlantic States

This Is Penn State: An Insider's Guide to the University Park Campus

A STUDENT GUIDE TO SUCCESS AT PENN STATE

Authors: Todd M. Mealy
Categories: Biography & Autobiography
This first biography of W. Glenn Killinger highlights his tenure as a nine-time varsity letterman at Penn State, where he emerged as one of the best football, b

Giving the Devil His Due

Authors: Michael Shermer
Categories: Political Science
Explores how free speech and open inquiry are integral to science, politics, and society for the survival and progress of our species.

From Hip-Hop to Hyperlinks