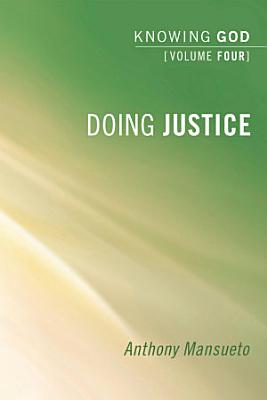 Doing Justice: Knowing God represents a fundamentally new departure in ethical theory. Drawing on the work of Alasdair MacIntyre, John Milbank, and Franklin Gamwell, it argues that that modern and postmodern moral theory is fundamentally inadequate, and that the current crisis of values can be resolved only on the basis of a substantive vision of the Good. But it goes beyond these thinkers to argue that such a vision must be grounded metaphysically in a revitalized doctrine of Being. The result is a radically historicized natural-law ethics. This ethics argues that not only human individuals but human societies and indeed the universe as a whole grow and develop toward God. The fundamental moral law is to act in such a way as to promote this development. The book draws out the implications of this insight for our understanding of the virtues as well as for social justice.

The Old Testament According to the Authorized Version: The Pentateuch

Image and Reality in the Ecumenical Movement

The Book of Psalms

The Senior Question Book on the International Lessons for 1880

Notes, Critical, Explanatory, and Practical, on the Book of Psalms