An Illustrated History of the Mandala 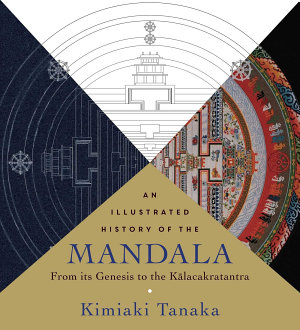 GET BOOK
An Illustrated History of the Mandala Book Description:

Everyone’s heard of mandalas; now we have a uniquely rich history and explanation of their history and meaning. This book is a history of the genesis and development of the mandala from the fifth and sixth centuries, when the mandala first appeared in India, to the eleventh century, when the Kalacakratantra appeared just before the disappearance of Buddhism in India. The 600 years of Indian esoteric Buddhism that concluded the 1,700-year history of Indian Buddhism could be said to have been the history of the development of the mandala. (The Kalacakratantra integrated earlier mandala theories into a single system and established a monumental system unprecedented in the history of esoteric Buddhism. It was thus the culmination of the development of Indian Buddhism over a period of 1,700 years.) The analysis is at the micro level and includes numerous illustrations and charts. Particular attention is paid to proper names, mudras, and mantras that have been overlooked by scholars in philosophy and doctrine, and the author tackles issues that cannot be explained solely from a historical viewpoint, such as geometric patterns, the arrangement of deities, the colors, and their meaning in Buddhist doctrine.